User registration is disabled in this demo.

Please enter your username or email address. You will receive a link to create a new password via email.

Smoke On A Plate: Best Sizzlers in Gurgaon!! 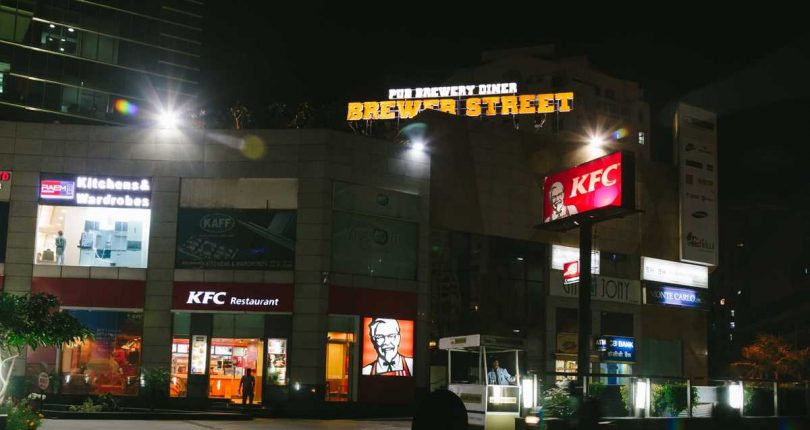 At almost all restaurants where sizzlers are served , a person who has not ordered a sizzler gets distracted by smokey aromas and the soothing sound of the sizzler served at the adjacent table thinking “Damn! Why didn’t I order a sizzler ? It looks rather delicious and smells sooo gooood!”

A sizzler is technically a hot plate of smokey sizzling platter of delicious combination of various veggies, chicken, lamb, sea food and other proteins paired up with saucy noodles or rice. It is like a complete hot steamy meal which can make anyone within smelling distance salivate and crave for it .

Serving Chinese, North Indian and Continental Sizzlers and other dishes, Much loved all around Delhi NCR as well as in sector 29 in Gurgaon. Its is famous for providing a vast variety of sizzlers which are devoured by all. They serve Chinese veg sizzlers like Mushroom Satay Sizzler, Vegetable Manchurian Sizzler, Mix Veg Hot Garlic Sauce Sizzler , Their Special : Cottage Cheese in Garlic Sauce Sizzler and loads more in this category .

It’s almost a crime to miss out on these ! Definitely go and get your mind blown!

Serving Continental and American in Ambience Mall, Gurgaon. Kobe is world renowned for its sizzlers and being American, one can expect Sizzlers of Steak Kobe Style, Hamburger Steak, Steak Satellite, Assorted Meat Sizzlers, Chicken Shashlik, Fish Sizzler, Jumbo Prawns on a Sizzling Plate, Lamb Chops Sizzler, Hokkaido Chicken and many more which are served with boiled vegetables, grilled onions, french fries and mashed potatoes. There are special sizzlers for kids in both veg and non veg. For vegetarians, There’s Veg Sizzler, Cottage Cheese with Noodles & Mushroom, Veg Exotica, Spaghetti with Cheese Sizzler and many more . Other dishes served by Kobe includes Tenderloin Steaks, Lamb Chops in Red Wine Sauce, Crispy Cajun Chicken, Herb Crusted Salmon and many other delicacies. Serving a perfect  sizzler meal ending with a perfect Sizzling Brownie with Ice Cream is How one receives happiness at Kobe Sizzler .

The Best Of Online Finds This Week

If you are searching for long stay serviced apartments, chances are you stumbled across furnished...

The mere sound of the word ‘chaat’ makes my mouth water. Does it happen with you all too? I bet...

The Best Of Online Finds This Week

Don’t tell us that your favourite form of taking a break from work isn’t all about trawling...